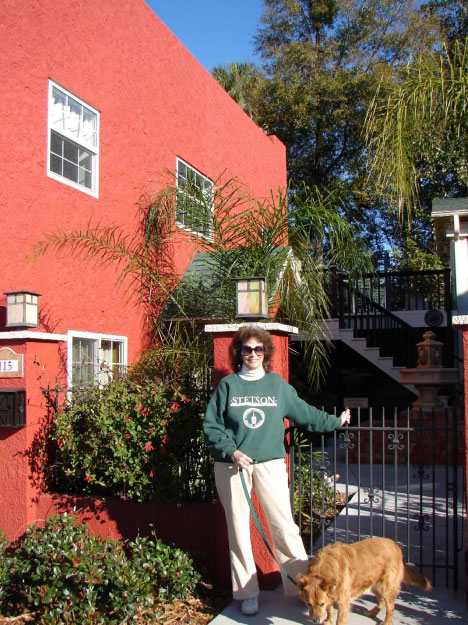 During her 28 years as a teacher, Hall was the first white teacher to integrate the all-black school system in Durham, NC. After moving to South Carolina she created the first Learning Disabilities Program for both Florence and Marion Counties. She established two educational institutions in the state: the Marion County Museum and Wildlife Action’s Resource Education Center. While at the museum she directed the SC Rural Arts Program for the county. For these projects Hall received local, state, and national recognition including the SC State Archives Award for “Adaptive Restoration of an Historic Facility” (the 1886 schoolhouse listed on the National Register of Historic Places as the longest operating public school in the state), the 1993 National Environmental SC “Women of Action” Award from the National Wilderness Society, and the 1995 SC Wildlife Federation “Education Conservationist” Award.

Due to her environmental work in South Carolina, Hall was featured in two national documentaries, Conserving America: The Rivers, for preserving the Little Pee Dee River, and When a Tree Falls, for halting a highway through sensitive wetlands. For those achievements, Hall was interviewed in the July 1995 issue of Southern Living. Her preservation efforts for the above were recognized with the 1992 National Chevron Corporation Environmental Award.

After moving to St. Augustine, Hall and her husband restored an 1895 house in the historic district. Hall was actively involved in environmental and preservation organizations in the city, wrote for the local newspaper and state magazines, and earned her real estate license. She placed second in two national writing contests and in 1999 Tailored Tours Publications published her first book, Flavors of St. Augustine: An Historic Cookbook.

In 1999 when Hall’s husband was offered a professorship at their alma mater, Stetson University, they returned home. Hall wrote three books for Arcadia Publishing, and feature articles for the county newspaper. She opened a real estate office, West Volusia Properties and initiated a downtown residential revitalization project in a depressed area of over 100 architecturally significant buildings.

She and her husband purchased a five-building complex destined for demolition, restoring one building for her office and the remaining four for their daughter’s veterinary hospital, FloridaWild Veterinary.. Southern Living, the newspapers and television stations featured the restoration project. For her preservation work Hall was the recipient of the following: 2005 “Faith, Hope, & Charity Community Service” Award, the 2006 Florida Trust for Historic Preservation Individual Achievement Award, the 2006 Florida MainStreet “Outstanding Economic Restructuring Program Award,” and the prestigious 2006 Florida League of Cities “City Citizen of the Year” Award.

Hall served on numerous private and city boards and founded and led for ten years the first “No Kill” animal rescue organization in Central Florida.